LINC is the only community development organisation working exclusively with Lesbian and Bisexual women in the Republic of Ireland. Through the LINC Resource Centre, we have completed a comprehensive outreach training and development programme.

We also actively engage with various representative groups in the community including the young women’s group, lesbian parents’ group, the group founded to support the parents of lesbian and bisexual women and the older lesbian group.

Below is a list of useful resoucrses, helplines and groups. If you would like to talk to LINC then please call 021 480 8600 or email info@linc.ie. We are here to listen! 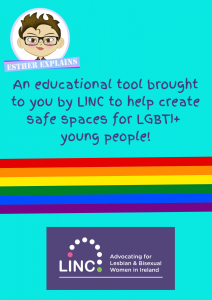 Watch a video about this resource on YouTube here: Watch video 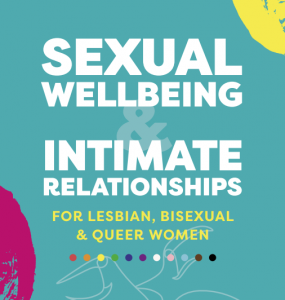 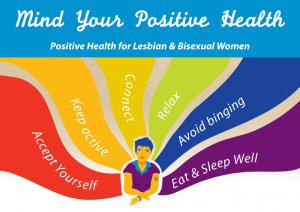 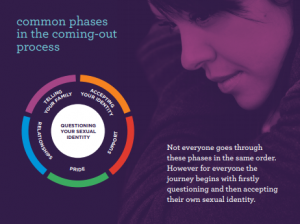 Sexual Orientation
Everyone has a sexual orientation and it describes who we are sexually attracted to.

Lesbian
A woman who is attracted to someone of the same sex.

Gay
Someone who is attracted to someone of the same sex. Both men and some women identify as Gay.

Bisexual
Someone who is attracted to both sexes.

Transgender
People whose gender identity does not correspond to the sex assigned to them at birth.

Trans
An umbrella term for all those who’s gender identity does not correspond to the sex assigned to them at birth.

Heterosexual/Straight
People who are attracted to those of the opposite sex.

Asexual
Person who is not sexually attracted to anyone or does not have a sexual orientation.

Pansexual
A person who is attracted to someone regardless of their gender.

Gender Identity
Refers to a person’s deeply-felt identification with their own gender. This may or may not correspond to the sex they were assigned at birth.

Cisgender/Cis
A person whose gender aligns with the sex assigned to them at birth.

Intersex
A person whose gender markers (chromosomes, hormones, anatomy) are not all typically male or female at birth.

Non-binary
A person whose gender identity is neither exclusively male or female. A non-binary person may also may describe themselves as gender fluid, gender queer, gender variant, agender, genderless or something else.

Queer
The word queer is still sometimes used as a hateful slur, so although it has mostly been reclaimed, be careful with its use.

Transition
A process through which some transgender people begin to live as the gender with which they identify, rather than the one assigned at birth. Transition might include social, physical or legal changes.

LINC advocate on behalf of lesbian and bisexual women in Ireland. We are here to listen. Please contact us today.